Why Is Naidoc Week Significant?

Jul 8,2022 Comments Off on Why Is Naidoc Week Significant? 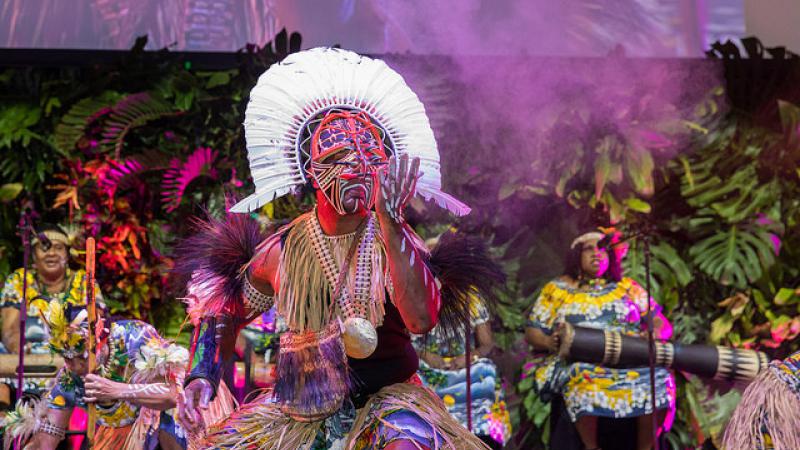 A week celebrating the history, culture and accomplishments of Indigenous Australians and Aboriginal and Torres Strait Islander peoples throughout Australia (and, of course, the entire continent). When you get right down to it, the importance of the week is in being a celebration of the Aboriginal and Torres Strait Islander peoples – and of their achievements, stories and history – and that is something that Australia as a whole shares.

NAIDOC week is held during the first week of July (Sunday to Sunday) that includes the second Friday – historically celebrated as Indigenous National Day. Each year, the week beginning on the first Sunday in July is the National Aboriginal and Islander Day Observance Committee (NAIDOC) Week. NAIDOC is an annual, week-long event celebrated across Australia. The NAIDOC National Poster Competition has become an iconic feature of the NAIDOC National Week, and has a rich and significant history, beginning in 1967, when the NAIDOC first began releasing posters. NAIDOC Week began with protests and activism by Indigenous people. For example, some Indigenous communities didn’t celebrate Australia Day, which turned into a day of mourning. NAIDOC week (pronounced NAY-dok) is celebrated not only in Indigenous Australian communities, but also in an increasing number of Government agencies, schools, local councils, and workplaces.

NAIDOC is a week of celebrating Indigenous culture and heritage, honouring 65,000 years of history, uniting communities, and teaching and sharing stories with the rest of Australia. The commemoration day provides a chance to reconcile and invest in Aboriginal communities. It is a national commemoration of the International Day of Action to Eliminate Racial Discrimination.

The Australian Aboriginal Progress Association has called upon all Aboriginal peoples at advanced stages in their civilization and culture to commemorate a day of mourning, simultaneously with the white mans day of rejoicing, in commemoration of the 150th anniversary of white peoples arrival in Australia. In 1984, the NADOC called for Australia Day to be made a national public holiday, in order to help celebrate and acknowledge the rich cultural history which makes Australia unique. In 1955, Indigenous Peoples Day was moved to the first Sunday of July, following the decision that Indigenous Peoples Day should be a celebration of Aboriginal culture, not a protest or, some believed, remove a protest from Australia Day.

The NMCA believed that a Day of Remembrance should be more than just a protest day, and should be a celebration of Aboriginal culture, so the day was moved in 1955 to the first Sunday in July. The following year, 1956, the second Sunday in July became a Day of Remembrance for Aboriginal Peoples, and it provided a key date for NAIDOC week (then called NAIDOC) which remains to this day. The National Aboriginal Day Observance Committee (NADOC) was quickly established, and in 1974, it decided the commemoration should take place over the course of a week, not just one day, and thus is now observed between the first and second Sundays in July. This years host city was Alice Springs, where the NAIDOC ball and the NAIDOC awards were meant to stand as a platform for celebrating achievement, building for a better future, and reminding all of us of the history of 65,000 years in Australia.

In response to this knowledge, and a timely reminder on the calendar that NAIDOC Week is upon us – a time for celebrating many wonderful achievements and victories by Indigenous communities — many education and child welfare services will be looking to engage a representative of the community for one day, working with children and educators, giving them an insight into Indigenous culture. Not only might that not be culturally sensitive, or not appropriate, acknowledging and celebrating First Nations culture is something that needs to be embedded throughout the curriculum, year-round. This avoidance of real issues may result in a sort of tokenism — having posters or celebrations one day of the year, for instance – where we could find and take advantage of valuable opportunities to acknowledge and teach Aboriginal and Torres Strait Islander cultures within the framework of our normal programs. Events like Sorry Day, Mabo Day, and NAIDOC week all serve to shine a light on some of the issues/successes that Indigenous peoples of Australia are facing, and to prompt conversations on these issues among all Australians.

NAIDOC week events are held across Australia, often including musical performances, art displays, cultural workshops, talks, Naidoc clothing and activities for children. For many Indigenous people, a ball during NAIDOC Week is a major event of the year, where they travel hundreds of kilometres to reconnect with their families, to network, and meet others from their communities. NAIDOC Week activities (NAY-dok) may involve listening to Indigenous Australian music, reading stories from Dream Time, visiting Indigenous Australian websites online, holding a craft competition, wearing Aboriginal clothing and watching programs related to the week on both Australian TV (and its streaming services).